Public Library
Copied from http://www.q45.org/timers.html
By Robert Bowen, edited by Wes Stinson
If you have a 1990 to 1994 or so Nissan product (Nissan or Infiniti), and your power door locks are acting strangely, the problem is most likely caused by the door lock timer. The most common symptoms of a flaky door lock timer are one or more of the following:
1.Doors don’t lock with the switch or driver’s lock knob
2.Door locking and unlocking is intermittent
3.Doors lock as soon as you unlock them
4.Doors lock when you turn the ignition on, or at other weird times
Your door lock timer is NOT the problem if only one door doesn’t lock, or locks at the wrong time. The door lock timer only sends out one unlock pulse to all the doors except for some later cars that have driver’s door priority, where the driver’s door unlocks first.
If the doors won’t lock with the key in the ignition, that isn’t a problem, it’s a feature of 90s Nissan door locks. Also, if the driver’s door lock knob works, but the lock switch doesn’t, it might be the lock switch rather than the timer (although the timer is more likely to fail than the switch).
Each car has the door lock timer in a different place:
90-93 Q45 - under the center console
93-94 J30 - under the driver’s side dash
90-94 Pathfinder – in left rear trunk area
90-94 Maxima – under driver’s side dash
If you have any others, let me know.
The door lock timer is readily available from any Nissan or Infiniti dealer for between $65 and $80. The easiest way to repair the problem is to order a new timer and install it.
If you’re handy with a soldering iron, or you want to learn, there is a cheaper way. The electronics and relay contacts inside the timers are good for many years. The problem is some of the soldered contacts between the circuit board and relay. This happens because when the timers were made, they were soldered by machine. Some of the parts have terminals that are larger, and don’t heat up as well. This leads to poor solder connections that should have been caught in quality control, but were not. Ten or 15 years down the line, these poor solder connections vibrate loose and corrode, which leads to intermittently bad connections and all of the symptoms listed above.
To repair the timer you need a soldering iron, some electronic solder (rosin core), soldering flux and a “solder sucker” or solder braid. 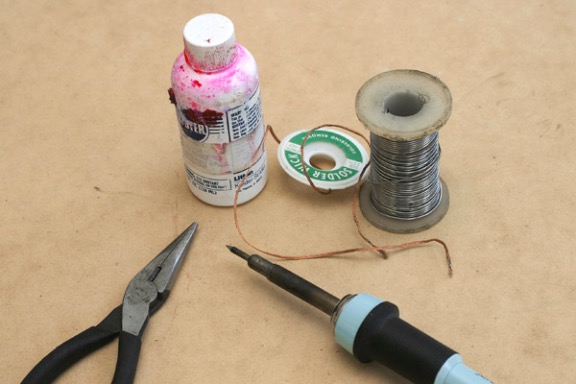 If you’ve never used solder braid to desolder before, practice on a scrap circuit board until you understand how to use it to remove solder. Here’s a link to desoldering technique:
http://www.sas.org/E-Bulletin/2002-05-31/labNotes2/body.html
If you’re a little unclear of solder technique, it wouldn’t hurt to read the following:
http://www.aaroncake.net/electronics/solder.htm
The tools and supplies to repair the timer will actually cost about half of what it would cost to buy a new timer, and you’ll both keep the tools and learn a new skill.
Resoldering a timer:
Remove the timer.
Dig the timer out of wherever it is hiding in your particular car. In this picture you can see where it is in the early Q45. Don’t drop anything on the airbag control module. Unplug it and remove it from its bracket. 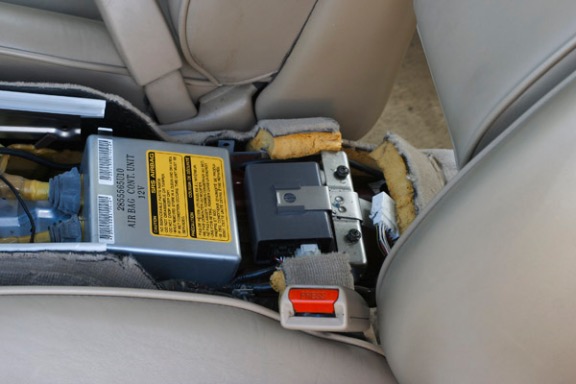 Disassemble it.
Pull the case off of the circuit board. There are small tabs on the end with the female plug that are easy to bend out of the way. 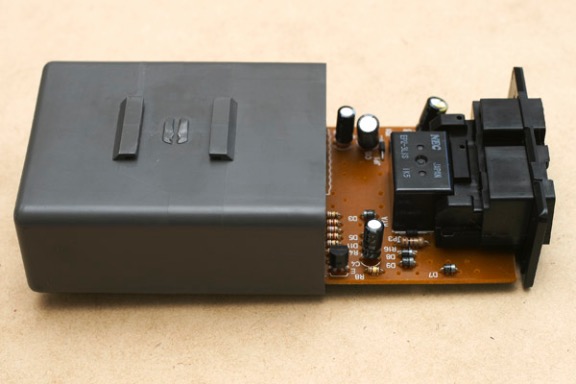 Once you have it apart, you can see the components on the top of the board. The black box is a relay, and it has the heavy terminals that usually fail. 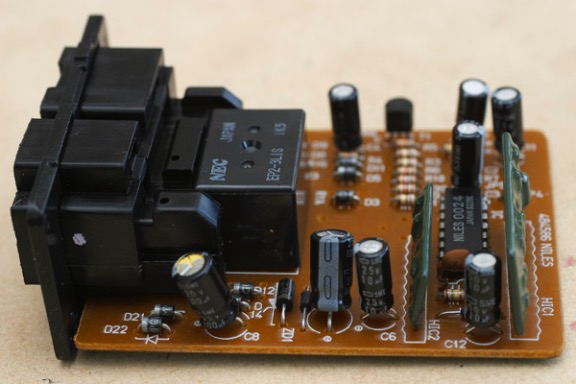 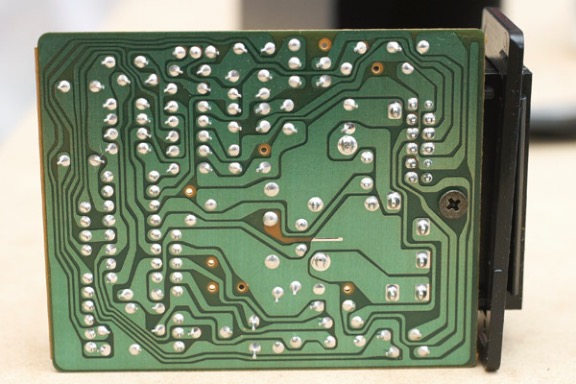 Check out this closeup of what a bad connection looks like. 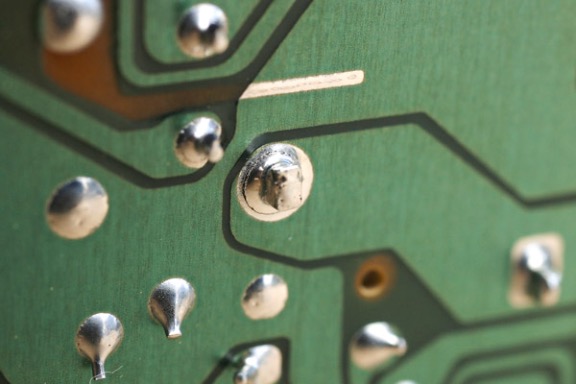 Desolder the bad connections.
Remove the solder from the bad solder connection. If you’re ambitious, re-do all of the relay connections. 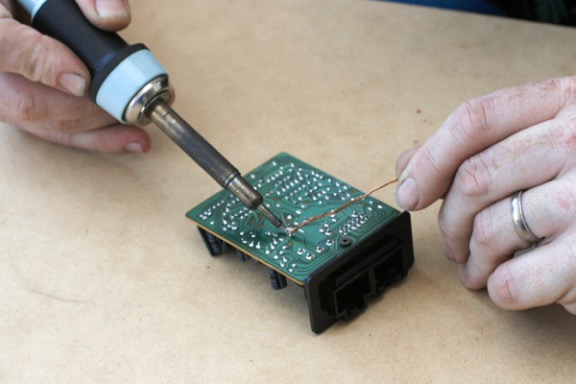 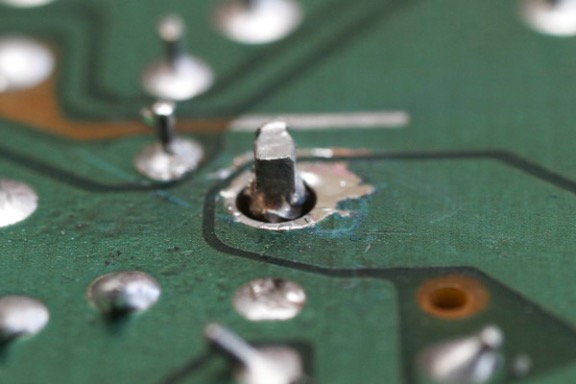 Apply the flux to the terminal and PCB pad. Then resolder the part to the board. Look carefully for signs of a cold solder joint, since you don’t want to do this again. 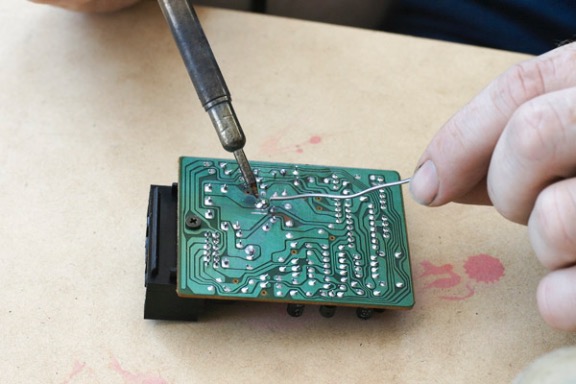 It should look like this when you’re done. (or better- mine has too much solder to be perfect).

Reinstall the PCB and timer module

Put the timer back where it came from and enjoy your newly working locks.